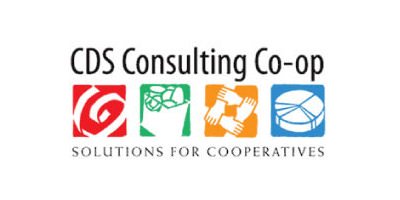 This article appeared in the July-August 2010 issue of Cooperative Grocer magazine.

In order to improve overall sales performance and compete effectively against other food stores, food co-ops can choose from several types of market research tools. Generally speaking, the results derived from implementing one of these research tools will enable a food co-op to employ two somewhat parallel marketing strategies market segmentation and market differentiation.

Differentiation and segmentation
A strategy of market segmentation means that the co-op should identify a specific market or customer segment where it has its greatest appeal. Then, it can establish the merchandising and operational practices to adequately serve this target market segment.

On the other hand, a strategy of market differentiation means that the co-op should differentiate what it offers (in terms of merchandising and operational characteristics) from its competitors, thus rendering itself somewhat immune to the actions of those competitors. The implementation of these two strategies can result in establishing a niche for the co-op, thus maximizing its appeal to its target market, minimizing the impact of competitive actions, and clarifying its image among prospective shoppers.

For example, if you determine that your co-op serves a market segment consisting of well-educated, single-person households (as opposed to married-couple households), your store may focus its merchandising and operational efforts on providing a wide selection of produce, prepared foods, and foods in smaller packages. Further, your co-op may want to differentiate itself from competitors by emphasizing the quality of your products and/or your superior customer service.

The effectiveness of both of these market strategies depends upon the data a co-op obtains in order to implement them. Such data might include:

In order to gather these types of information, there are several research tools that a co-op might consider: customer address and transaction surveys, customer research, and consumer research.

Customer address and transaction (CAT) surveys
The first step in researching your co-op is to better understand your store's trade area its geographic extent, socioeconomic and demographic characteristics, competitive environment, and sales performance throughout its various sectors. Knowing where your store draws its business from, and whether it is performing the way it should throughout its trade area, can provide you with many benefits. For example, you can identify the prevalent demographic characteristics of the co-op's trade area population base, which can then be compared against your co-op's customers; you can identify certain areas within your trade area where your store underperforms and which should be targeted by future marketing efforts as a means of improving your co-op's sales performance; and you can determine how well your co-op does (or does not) draw past other food store competitors. In any event, you will have a better understanding of how your co-op performs and how best to improve its performance.

In order to determine your co-op's trade area, and to calculate the levels of sales penetration that it achieves within the various sectors of its trade area, a CAT survey should be conducted among a representative sample of your customer base (members and non-members alike). From these customers, you would obtain information such as where they live and how much they spent at the co-op on the day of the survey. If your co-op is located in a downtown area, for example, the CAT survey can be designed to determine whether your customers are shopping your store from home, work, school, or other shopping. This will enable you to determine the importance of each customer segment (trade area resident, office worker, student) with respect to your co-op's sales performance.

Once the survey is completed, the customer data will be used to determine your store's trade area. Census tracts are used instead of zipcodes since they comprise smaller geographic areas, and as such they allow for a more precise definition of a co-op's trade area and a more detailed evaluation of its trade area sales performance levels. Much of the information obtained from a CAT survey especially when compared to other existing co-ops that exhibit similar market area sizes, location types, facility sizes, demographic characteristics, merchandise mix, and competitive environment will lead to a determination of whether your store is performing as it should.

An accurate determination of a co-op's trade area is extremely important since it weighs heavily on the advertising, sales promotions, and fine-tuning decisions that management implements in order to better serve its existing customer base or to convert trade area residents who don't currently shop at the co-op into customers. Once a co-op's trade area has been determined, other types of research activities can be applied throughout this geography.

Customer research
Similar to a CAT survey, customer research focuses on the co-op's customers (both members and non-members). It generally involves customer surveys that are conducted in-store, over the telephone, over the Internet, or by mail. Customer surveys can provide management with key information about how customers perceive the co-op in terms of its overall image, its image in particular departments, or its image with respect to specific store attributes, such as prices, quality, selection, or service. These surveys can also gather information regarding the shopping habits and motivations of a co-op's customers.

While this methodology typically involves gathering data about your co-op's customers at a specific point in time, it also can be used to monitor shifts in image or habits that may take place over time. If this is the objective, the survey methodology works best when it is replicated on a periodic basis, such as annually. The underlying assumption of this particular research tool: The more a co-op understands the needs, motivations, and perceptions of its customers, the better it can respond to these needs (in terms of its merchandising and operational activities), and as such, solidify customer satisfaction and loyalty.

Customer research is also helpful in identifying problem areas (real or perceived) that may cause a decrease in sales or profits over time. These problem areas may lie in quality, selection, pricing, customer service, etc., and could relate to the entire store or to a specific department. For example, suppose a co-op's deli sales have started slipping. Further, based on transaction data, this slippage seems to be due to both a reduction in deli customers and a smaller average deli transaction. A brief questionnaire administered among a representative sample of shoppers in the store could uncover some of the reasons why they are not shopping the deli. (For instance, maybe service is too slow in the deli, or another food store competitor located near your co-op has expanded its deli area and has subsequently captured more of the deli sales.)

Customer research can provide important insights into the perceptions that your customers have about such characteristics as price, selection, and employee knowledge, as well as their opinions and perceptions of competitors located within your store's trade area, thus adding immeasurably to management's understanding about its store operations. The more that is known about a store's customers, the more appropriately a store can be merchandised, operated, and advertised.

It should be noted that there is an inherent limitation to customer research, based on the fact that it involves only customers of the co-op, not consumers at large. As such, the data obtained from shoppers tends to be biased in a positive manner. Therefore, customer surveys can be reliable indicators of trends, but their usefulness as indicators of absolute image characteristics is somewhat limited and must be interpreted in light of this bias.

Consumer research also enables consumers to critically evaluate a co-op on a variety of issues such as merchandising, pricing, and services. Given this intelligence about your co-op's image, as well as your competitors' images, co-op management can develop an action plan to serve your current customer base better, expand your customer base, or both.

For example, let's assume that your co-op's sales had been growing for several years, then the rate of growth started to slow, and soon sales declines began to occur. Further, let's assume that the competitive environment within your trade area had not changed, and there seems to be no explanation for the co-op's sales decline. A consumer research study could shed considerable light on the reasons for your co-op's sales decline. Perhaps the results would indicate that the co-op's produce is being perceived as having a lower quality than it used to, and consumers are responding by starting to shop elsewhere. Armed with this information, the co-op's management would be able to take corrective actions both in its produce department and in its communications with trade area consumers.

One type of consumer research study that has become quite popular is focus groups. This methodology consists of recruiting 1015 consumers, preselected on the basis of certain criteria (demographics, shopping habits, shopping motivations), and gathering them together for a one- to two-hour meeting in which the discussion is led by a skilled moderator. The interaction between the moderator and the participants often generates ideas that are foreign to the conventional way of thinking but worthy of serious consideration by co-op management. There are a number of applications of the focus group technique understanding shopper motivations about certain stores or certain products; relating purchase motivations to lifestyle or demographic characteristics of consumers; analyzing a competitor's strengths or weaknesses by their customers; and so on.

It should be noted that focus groups represent qualitative rather than quantitative research. While focus groups benefit from the free-form way in which they would obtain important insights and information from the participants, they would be based on a very small sample size, and as such, they would not produce statistically reliable findings. Therefore, it is recommended that any action contemplated by co-op management, based on the findings from the focus groups, should first be tested through a more quantitative research method (such as a telephone survey among a larger sample size of consumers) before the action is carried out.

A program of consumer research that is well-planned, effectively administered, and objectively implemented can result in the translation of consumer perceptions into actionable data for co-op management. The operating, merchandising, and sales promotion reality that co-op management sees may or may not agree with what is perceived by consumers. Enlightened managers should make themselves aware of these perceptions, change them if they are negative, or capitalize on them if they are positive.

In summary, whether the goal be determining a store's trade area extent and sales penetration levels within it (CAT surveys), gathering information from its customers (customer research), or gaining knowledge about the consumers in its trade area (consumer research), it behooves the management of a co-op to learn as much as it can about the people and the area it serves. Only in this way can it adequately define its market segment and differentiate itself from its competitors. Then, it can fine-tune its merchandising and operations accordingly to maximize its posture among consumers at large, to best serve its customers, and to insulate itself as much as possible from the actions of its competitors.